A few months back I asked the lady who made Lena if she would make me a smaller Waldorf girl with a wig similar to a girl she’d previously made.

She agreed and then showed me two heads, one with a deep red wig and the other with a golden blonde!

Well I loved them both! So of course I asked to have both made for me! I’d wanted a couple of smaller dolls, so asked for one to be 14 inches and the other 16 inches.

and here the are! Goldie on the left and Reba on the right, sisters. 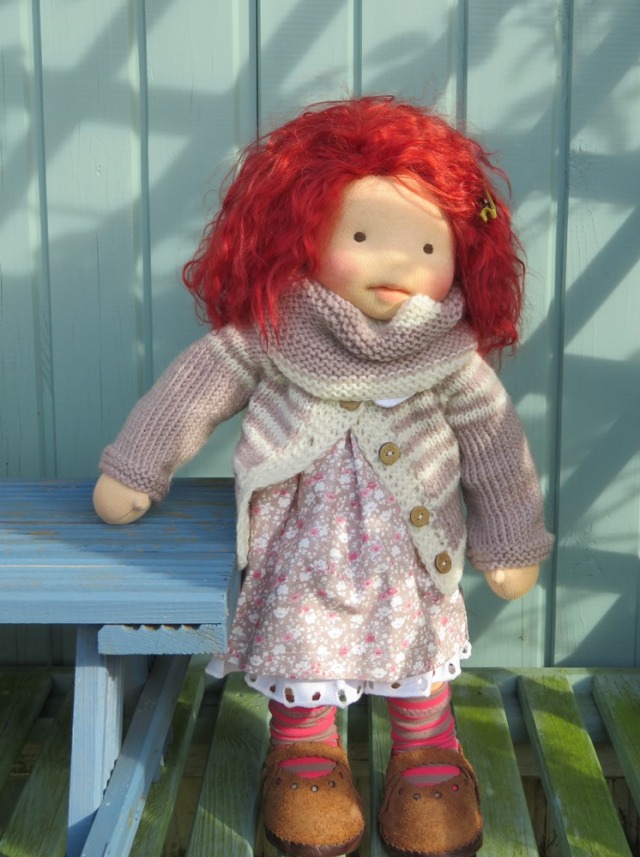 Reba is well prepared for the English Spring weather and snugly wrapped in her woollen cardigan and cowl. 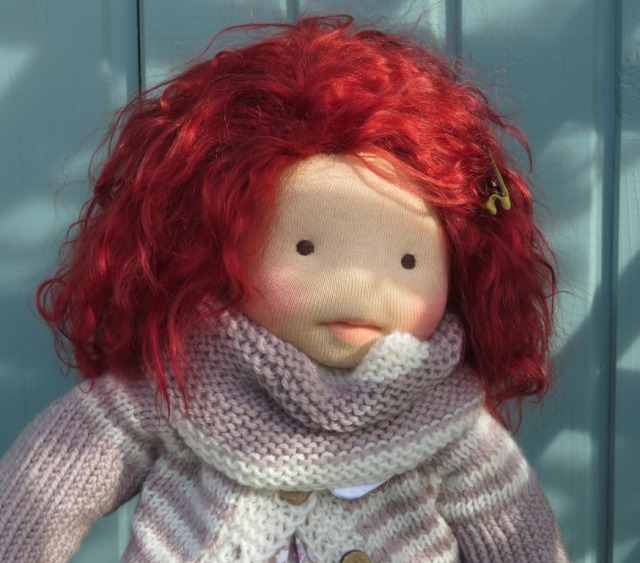 Reba was able to stand for a photo.

Goldie being bigger found it a little harder. 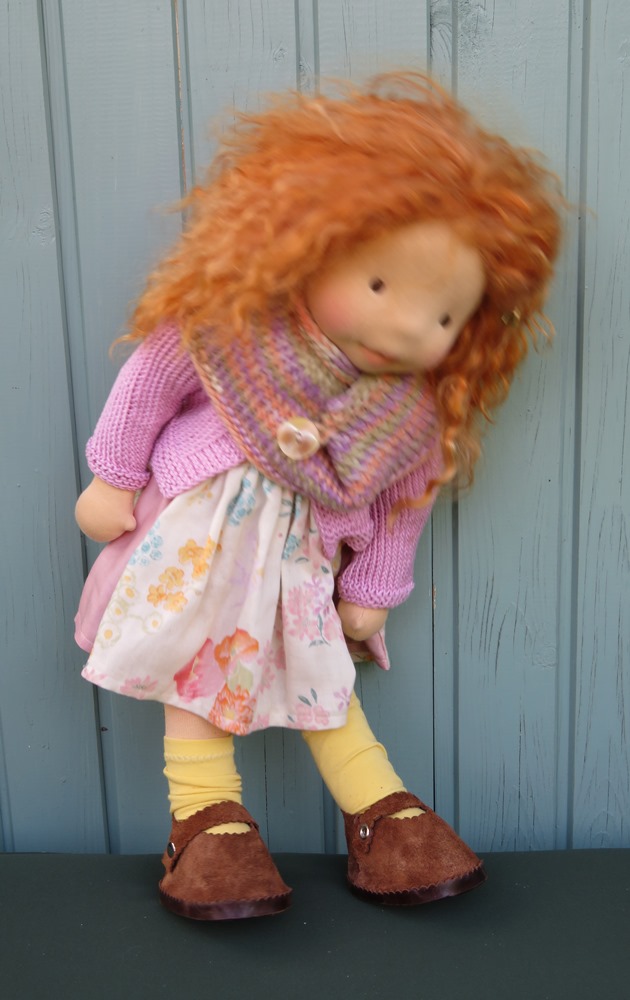 She loved admiring her shoes!

While I was paying off for these two girls I also came across another sweet girl who had been waiting patiently for someone to bring her home.

Victory waited for someone to come along and decide to invite her home and after looking at her for a little while I decided to offer a home.

Victory, was born in Italy and given her name which I think suits her. I love her beautiful curly hair. 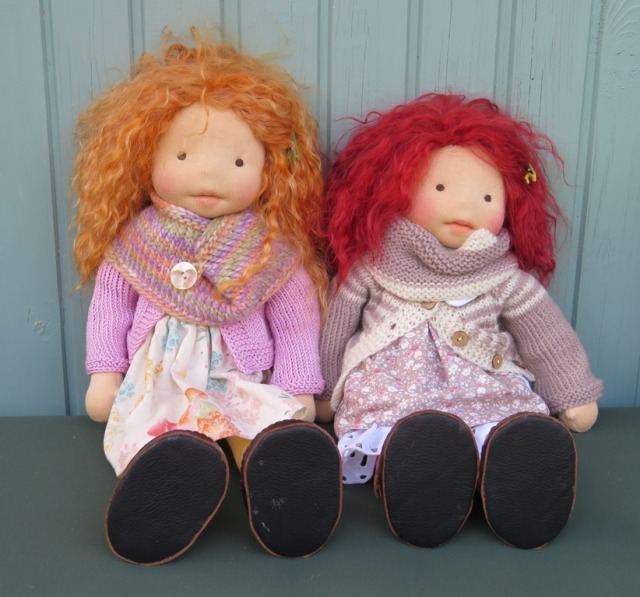 So Goldie, Reba and Victory bring the total of Waldorf dolls to six! More than enough But I won’t say no more because one never knows what could be just round the corner!